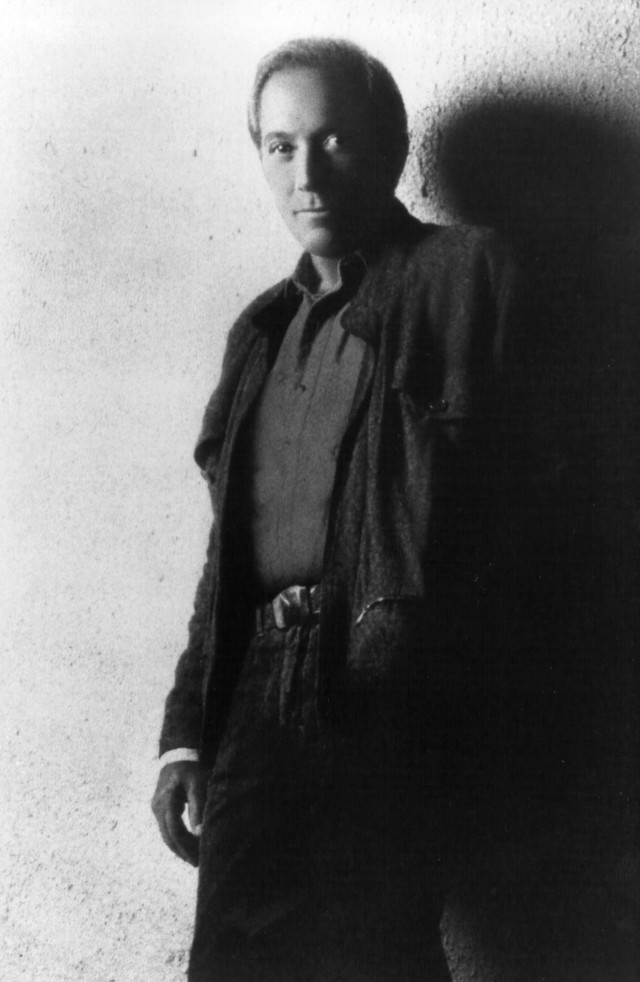 He first performed in a children's choir at his local Presbyterian church. Williams and his three older brothers Bob, Dick, and Don, formed a quartet, the Williams Brothers, in the late 1930s. The brothers performed on radio in the Midwest, first at WHO in Des Moines, Iowa, and later at WLS in Chicago and WLW in Cincinnati. Williams graduated from Western Hills High School in Cincinnati. They appeared with Bing Crosby on the hit record "Swinging on a Star" (1944). This led to a nightclub act with entertainer Kay Thompson from 1947 to 1951.

Williams's solo career began in 1952 after his brothers left the act. He recorded six sides for RCA's label "X," but none of them were popular hits. After landing a spot as a regular on Steve Allen's Tonight Show in 1955, he was signed to a recording contract with Cadence Records, a small label in New York run by conductor Archie Bleyer. His third single, "Canadian Sunset" (1956) hit the Top Ten, and was soon followed his only Billboard #1 hit, "Butterfly" (a cover of a Charlie Gracie record on which Williams imitated Elvis Presley). More hits followed, including "The Hawaiian Wedding Song," "Are You Sincere," "The Village of St. Bernadette," and "Lonely Street," before Williams moved to Columbia Records in 1961, having moved from New York to Los Angeles. In terms of chart popularity, the Cadence era was Williams's peak although songs he introduced on Columbia became much bigger standards. Two top ten hits from the Cadence era, "Butterfly" and "I Like Your Kind of Love" were apparently believed to not suit Williams's later style; they were not included on a Columbia reissue of his Cadence greatest hits in the 1960s.

During the 1960s, Williams became one of the most popular vocalists in the country and signed what was to that time the biggest recording contract in history. He was primarily an album artist, and at one time he had earned more gold albums than any solo performer except Frank Sinatra and Elvis Presley. By 1973 he had earned as many as 17 gold album awards. Among his hit albums from this period were Moon River, Days of Wine and Roses (number one for 16 weeks in mid-1963), The Andy Williams Christmas Album, Dear Heart, The Shadow of Your Smile, Love, Andy, Get Together with Andy Williams, and Love Story. In these recordings Williams displays an incredible vocal technique along with an uncanny ability to make each song his very own, often rivaling or surpassing the version by the original artist. These attributes, along with his natural affinity for the music of the 1960s and early 1970s, combined to make him one of the premier easy listening singers of that era.

Williams forged an indirect collaborative relationship with Henry Mancini, although they never recorded together. Williams was asked to sing Mancini and Johnny Mercer's song "Moon River" at the 1962 Oscar Awards (where it won), and it quickly became Williams's theme song. This was repeated the next year with the pair's "Days of Wine and Roses" (which also won), Mancini's "Dear Heart" at the 1965 awards and "The Sweetheart Tree" (also written with Mercer) at the 1966 awards.

Williams also competed in the teenage-oriented singles market as well and had several charting hits including "Can't Get Used to Losing You," "Happy Heart," and "Where Do I Begin", the theme song from the 1970 blockbuster film, Love Story. Building on his experience with Allen and some short-term variety shows in the 1950s, he became the star of his own weekly television variety show in 1962. This series, The Andy Williams Show, won three Emmy Awards for outstanding variety program. Among his series regulars were the Osmond Brothers. He gave up the variety show in 1971 while it was still popular and retrenched to three specials per year. His Christmas specials, which appeared regularly until 1974 and intermittently from 1982 into the 1990s, were among the most popular of the genre. Williams has recorded eight Christmas albums over the years. He hosted the Grammy Awards for three consecutive years in the 1970s. He returned to television to do a syndicated half-hour series in 1976-77.

In the early 1990s, Williams gave up most of his touring schedule in order to open his own theatre in Branson, Missouri, the Andy Williams Moon River Theater. He continues to do 8 to 12 shows a week from September to December and occasionally makes tours of Europe earlier in the year.

His 1967 recording of "Music to Watch Girls By" was a surprise UK hit in 1999, when it reached number 9 after featuring in an advert (beating the original peak of number 33 in 1967). In 2002 he took part in a new duet of "Can't Take My Eyes Off You" with British actress and singer Denise van Outen. Nearly everything Williams ever recorded has now been made available on CD through a series of compilations from 1997 to 2004.

Williams met Claudine Longet when he pulled over to aid her on a Las Vegas road. She was a dancer at the time at the Folies Bergere. They married on Christmas Day, 1961, and had three children, Noelle, Christian, and Robert. They separated in 1969 and finally divorced 6 years later. In 1976 Longet was charged with fatally shooting her boyfriend, skier Vladimir "Spider" Sabich and Williams supported her. He married a second time in May 1991 to the former Debbie Haas. They make their homes at Branson, Missouri and La Quinta, California. Williams' homes have been featured in Architectural Digest, and he is a noted collector of modern art. Williams is an avid golfer. He hosted a major golf tournament in San Diego for many years, which was known as the Andy Williams San Diego Open during that time.

Williams' birthplace is a tourist attraction open most of the year. 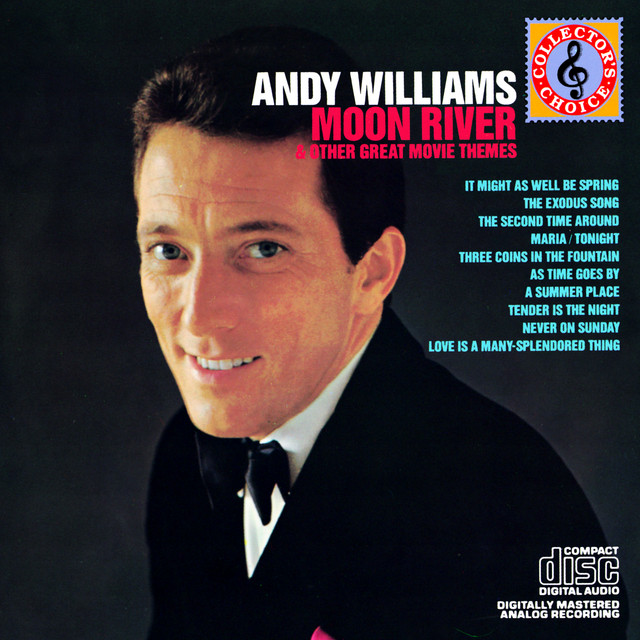 Moon River (From "Breakfast at Tiffany's") 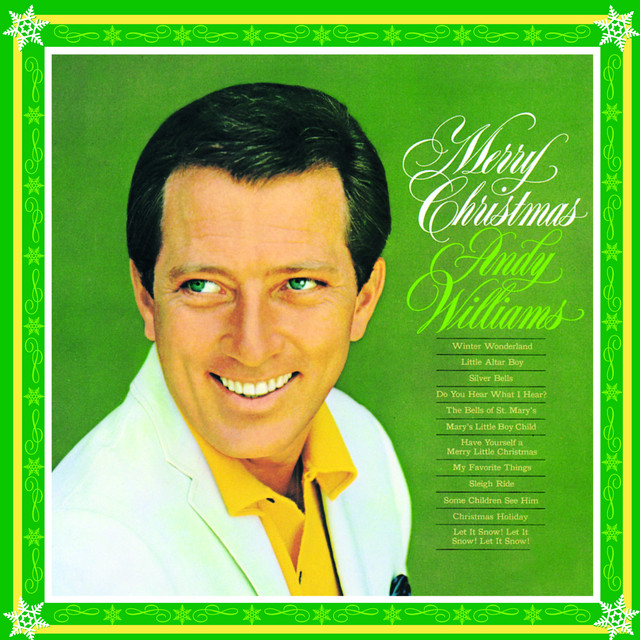 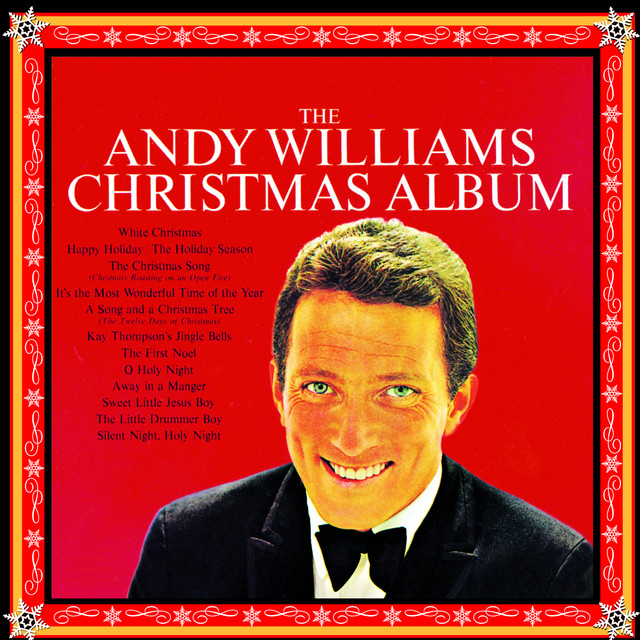 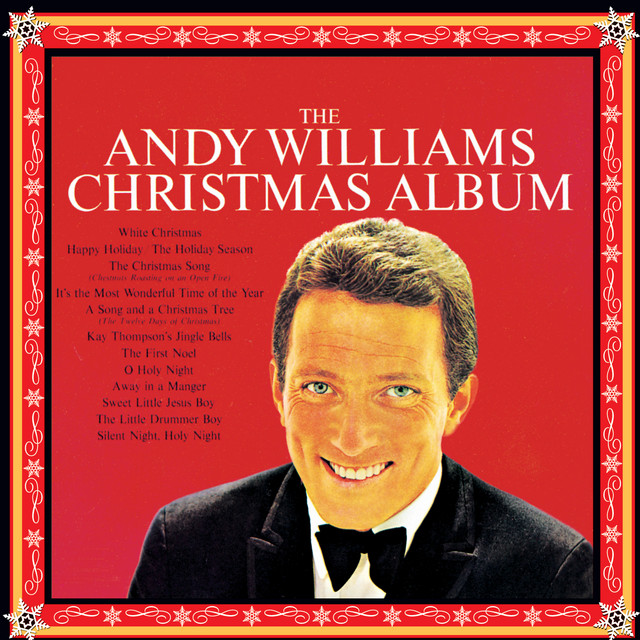